Muhammad Ali was an empowered and positive man who changed the world with his words. Discover the poignant tribute to the Greatest… 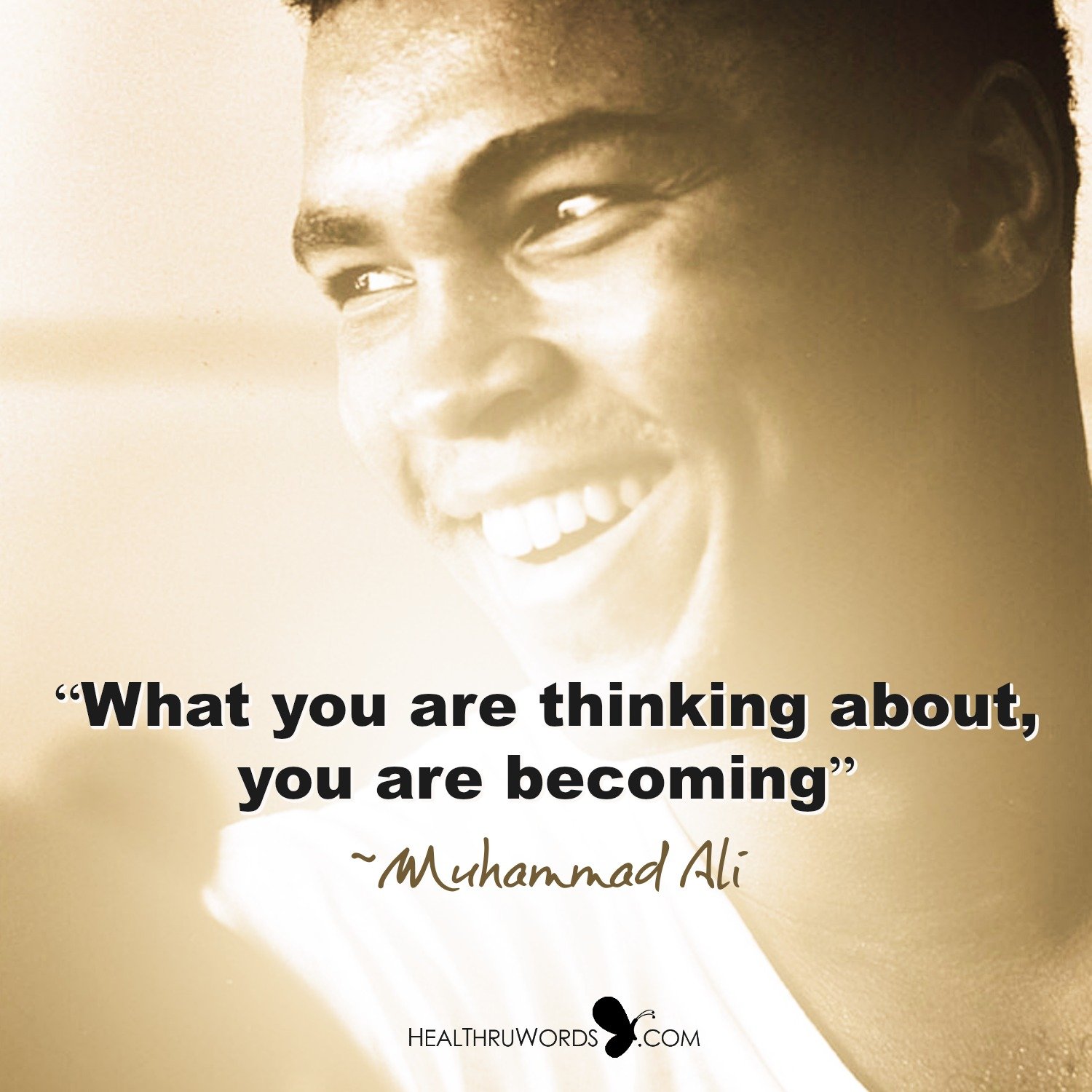 When I heard of Mr. Ali’s passing this past week my reaction was silent without the usual calls to all my friends and family to see if they had heard the news.

I felt that it wouldn’t be necessary because his passing was going to affect MILLIONS. There are very few who did not know of Muhammad Ali. From his vibrant positive words to … well … everything that touched his life: Sports, Religion, Politics, Human Causes, and the list goes on and on.

You know, those subjects that many tend to not get too involved with in order to avoid conflict. He was smack dab in the middle of them all. His reasons were clear and he made sure that the whole world knew why he fought the battles on and off the ring.

He unquestionably risked his career and even his life to take a stand in what he believed deeply in all the while making a positive difference.

Long time friend Richard Lapchick said “I told Ali that he is one of two people in my lifetime who have been able to bring people together no matter the color of their skin, the faith they follow, their age, education or income. The other was Nelson Mandela.”

A family spokesman said the family “certainly believes that Muhammad was a citizen of the world … and they know that the world grieves with him.” Louisville Mayor Greg Fischer stated, “Muhammad Ali belongs to the world. But he only has one hometown.”

We at HealThruWords® were touched by Mr. Muhammad Ali’s passing because he stood for what we stand for: dedicating ourselves to speaking words from our hearts and helping others achieve this same empowerment, using positive words and Heartfulness.  As a matter of fact, “Ali spent most of his final years traveling as much as any human alive. Most often for charities. Preaching and practicing LOVE.”

Some may think that Mr. Ali spoke negatively. But let’s think it through .… the confident words that came out of his mouth were true to himself, to his positivity so that he could move forward and be … well … “The Greatest of All Time”!

From one butterfly to another, we wish you eternal rest and peace, Mr. Ali.